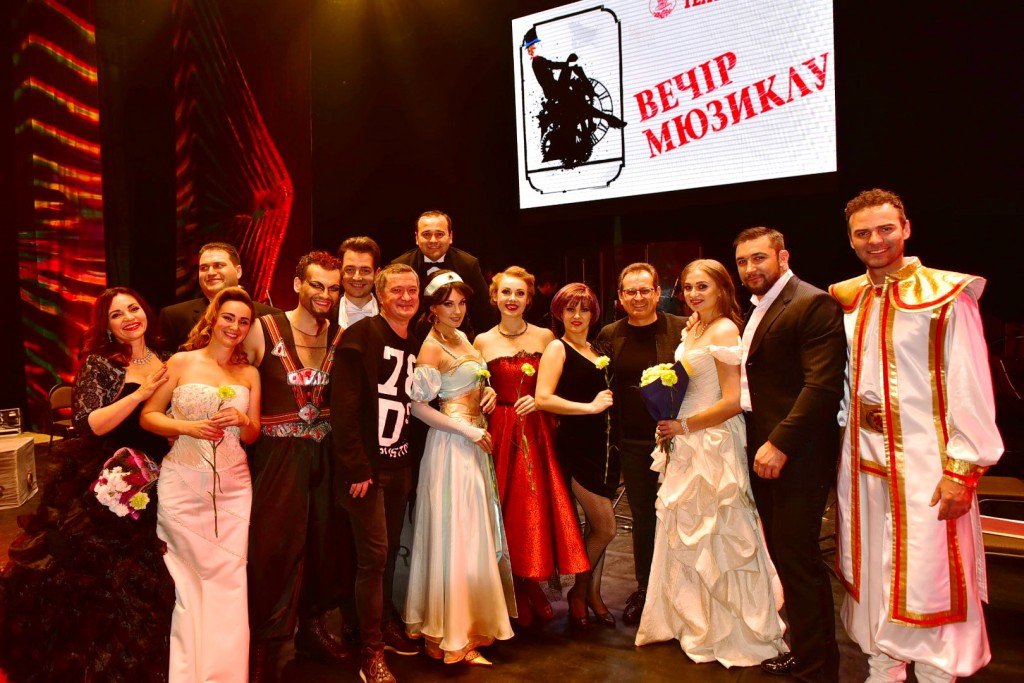 «The best hits of the world musicals are presented. There are numbers where more than a hundred people come on stage and create a single number. This is, for example, Masquerade from E. Webber’s musical “The Ghost of Opera.” There is a synthesis of various creative workshops: the ballet not only dances, but also sings, and the choir – on the contrary », – notes the main director, the director, the ballet master, the acting director. Of Ukraine Vadim Prokopenko.
Among the premieres of tonight’s Evening of the Musical are Roxy’s song from the J. Cander musical Chicago, and Gina’s “A Friend Like Me” from A. Menken’s Aladdin. Among the new numbers are “Once Upon a Time in December” by S. Flaherty’s musical “Anastasia” and Duet Sarah and Count von Krolok’s “Solid Darkness” from the musical M. Kunze and D. Steinman’s The Vampire Ball.

“We are trying to open a wide palette of both European and Broadway musicals. The concert included mass numbers that can only be seen from the National Operetta. We have a real variety show: the interaction of light, orchestra, choir, ballet, ”said conductor-director Sergey Didok.
The audience was warmly welcomed by the premiere and favorite theatrical numbers from contemporary and classic musicals by J. Kander, K. Porter, J. Presgurvik, I. Berlin, EL Webber, A. Menken and others. The Evening of the Musical concert is held for the sixth year in a row and for the second time in October Palace, as the operetta is undergoing repair work.

“We are now offering pearls of world music to the audience. The musical was born at the intersection of American and European operetta, it has absorbed various musical styles. It is extremely democratic, like the operetta itself. He always takes the best samples in the world literature and puts them on the music. Musical is a genre that allows actors to discover all their talents, both vocal and plastic. As for me, the musical is a genre without borders, ”said Bogdan Strutinsky, Artistic Director of the National Operetta of Ukraine.