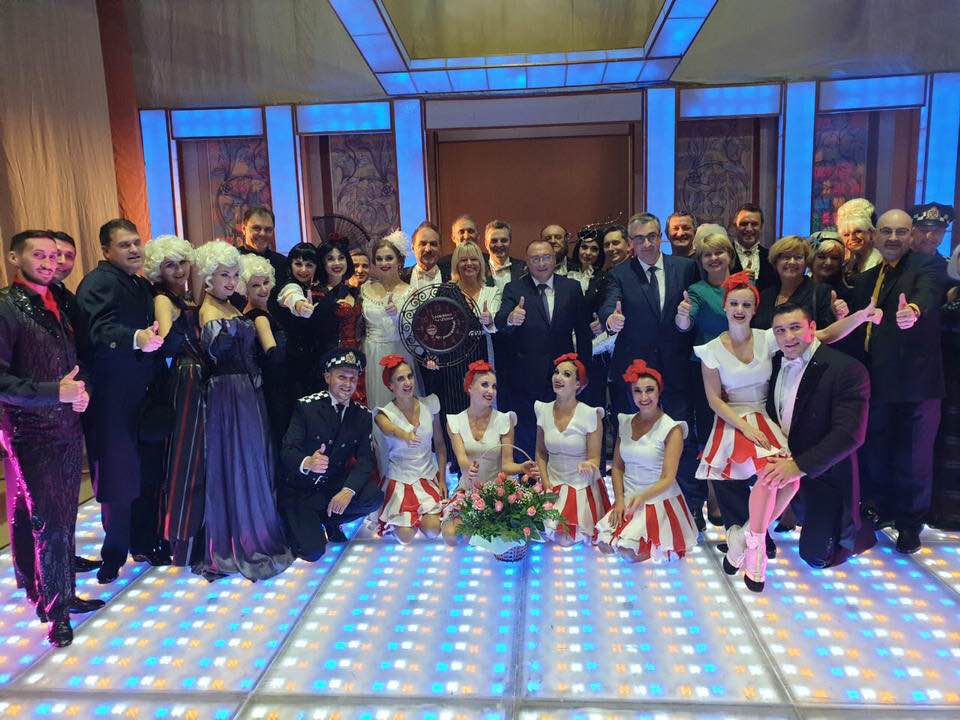 September this year is rich in touring projects of the National Operetta of Ukraine. The artists have already managed to perform in Slovakia, and have recently made a creative visit to Vinnitsa and Ivano-Frankivsk. On September 20, the theater soloists opened the XXIII Vinnytsia Jazzfest International Jazz Festival with the musical Ball in Savoy. For three hours, the artists amazed the audience with their lightning costumes, scenery, and a variety of dance styles: steppe, waltz, tango, foxtrot, rumba, and gazebo. In addition to the fascinating storyline and extraordinary music of Hungarian maestro Pala Abraham, the performance of Bohdan Strutinsky, the helper of the National operetta of Ukraine, also impressed the audience.

At the end of the performance, the audience applauded, standing up and shouting “Bravo!” For several minutes. And then the main actors: Yevgen Prudnik, Yana Tatarova-Tsukiridze, Asya Sereda-Goldun, Sergey Yatsuk, and conductor-director Sergey Golubnichy came to the fans for an autograph session.

The next day, September 21, the vocalists of the National Academic Operetta Theater performed on the stage of the Ivano-Frankivsk Regional Philharmonic. They participated in the International Gala Concert held at the Assembly of the Blacksmith Cities of Europe Assembly.

It was a joint concert with the participation of performers from Georgia, Lithuania, Austria. Our soloists performed with the Academic Symphony Orchestra of the Ivano-Frankivsk Regional Philharmonic under the direction of the conductor of the National Operetta Theater. and. Of Ukraine.
Each song of the program that evening received a response from the international public and gave it a moment of musical pleasure.

Soloists of the National Operetta of Ukraine do not put a point in their tour schedule, but only to whom, because today the creative landing has gone to Hungary!