The 85th anniversary season of the National Operetta of Ukraine is open! 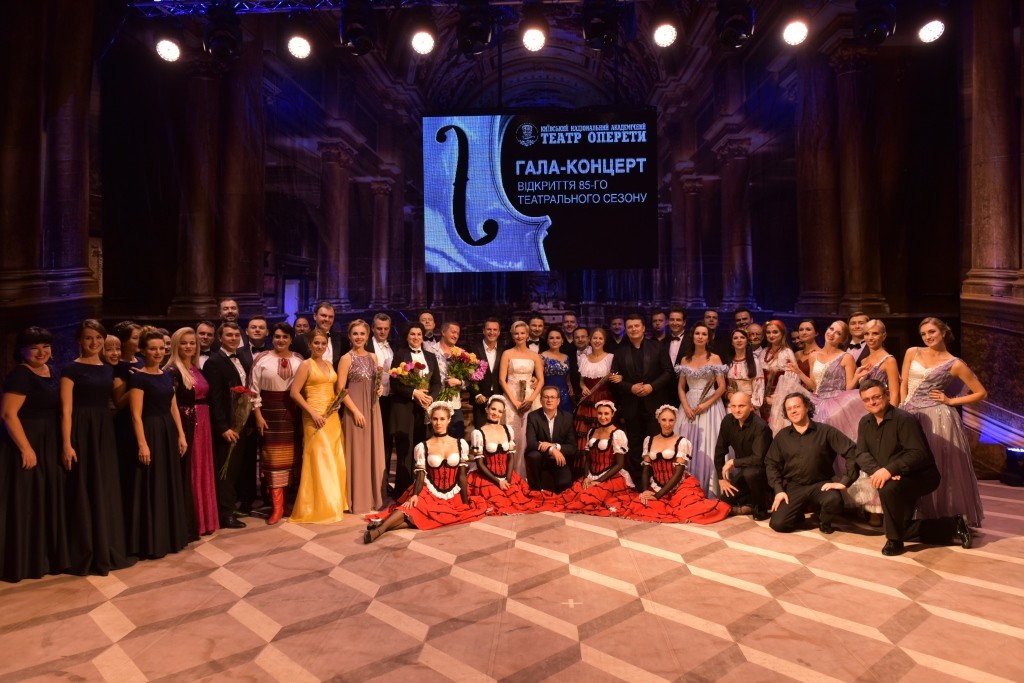 September 15 in the premises of the hall. Vasily Slipak Opera Studio Tchaikovsky (Conservatory) held a gala concert to mark the opening of the 85th theatrical season of the National Operetta of Ukraine.
From the stage were heard classical masterpieces of vocal art, choreographic productions, scenes from the most beloved operettas, operas to music by F. Legar, J. Rossini, J. Strauss, V.-A. Mozart, P. Tchaikovsky. Famous Ukrainian smash hit songs and folk songs were also presented to the audience.
The concert was the bright start of an interesting, full of pleasant surprises and surprises of the 85th season of the National Operetta and a landmark event in the cultural life of the country.
Traditionally, before the Gala Concert, a meeting between the director-general and the artistic director of the theater Bohdan Strutinsky was held with journalists. They were the first to know about premieres, theater news, upcoming interesting projects.
Kermanic, in particular, noted that the most important premiere of next season will be the opener “Bayadera” to the music of Imre Kalman. Its audience will be presented on December 5-6. Before that, on November 7-8, Frank Sinatra will premiere at Stage_Lab. New exciting projects are being prepared – the Evening of Vocal-Piano Music by German-Austrian Romantic Composers to be held on October 18 and the Baroque Music Salon “Venetian Night” scheduled for October 31.
In the jubilee season, great emphasis is placed on international cooperation. The operetta soloists have already performed in Slovakia, preparing to tour in Hungary and Portugal.A large-scale reconstruction is underway at the National Operetta of Ukraine, so concerts and performances of the big stage will take place at the Conservatory, at the October Palace and at the Freedom Hall Theater and Concert Complex.
“In the new season, the operetta begins cooperation with a new playground – Freedom hall. Four of our grand events will take place on their stage. These are the concerts “Ten Tenors” and “Evening of the Musical. Best of all, the Déjà vu ballet show and the UA Concert: World Masterpieces. The wonderful hall will welcome our wonderful vocalists, ballet and orchestra, ”said Bogdan Strutinsky.
The big stage will hit November 16 with the Addams Family, the most notable premiere of last season. But small scenes of the National Operetta of Ukraine have already begun their work.
The first spectators at the Big Vasylkivska, 53/3 operetta met on September 12 with the performance “Dinner with the Italians”. Scene 77 also appeared, featuring performances of The Conversation That Didn’t Have and Under the Blue Sky. The experimental “Stage_Lab” in the new season will open on September 20 with a wonderful youth production “At the End of the World”.

“The new season is an anniversary and it is a huge responsibility. Our task is to convey emotions to the audience and we are very doubtful about this. NATO has the best team, the best partners and the best audience, so it’s just grand and exciting ahead. In good time! ”Said Bohdan Strutinsky.
Vivat, operetta!

There are no upcoming events at this time.