Premier of “Frank Sinatra” on Stage_LAB 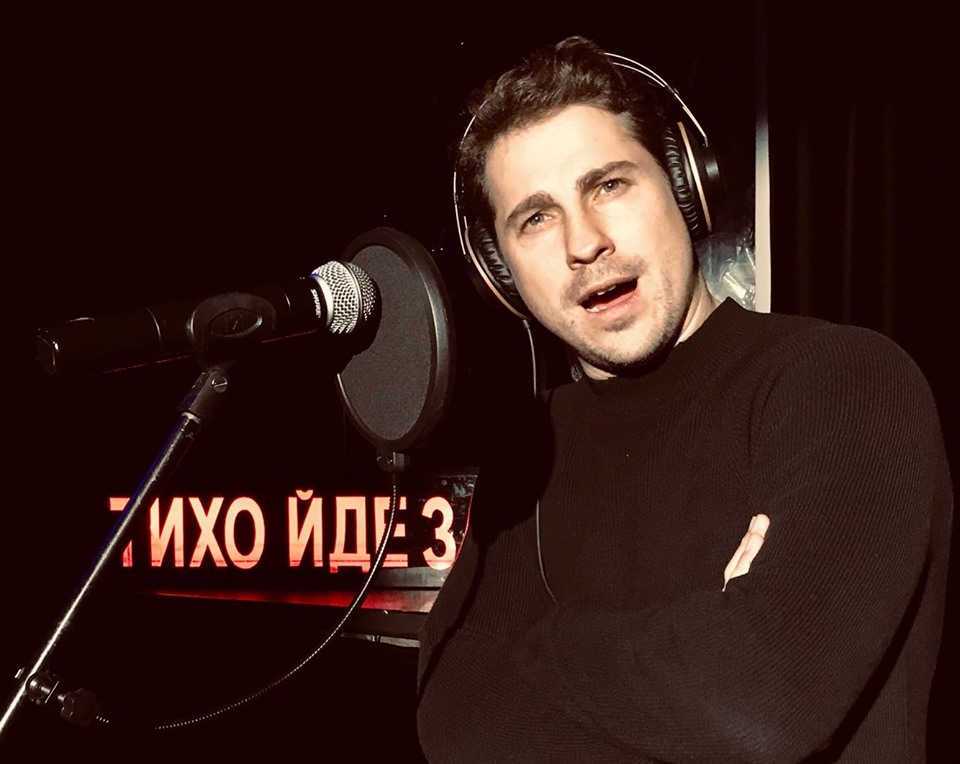 “Frank Sinatra” mono performance was presented on the “Stage_LAB” stage on November 7 at the National Operetta of Ukraine. This is the premiere of Alexander Belozub the director and production artist and Dmytro Sharaburin.

“Frank Sinatra” is a picturesque theatrical portrait of the American legendary singer. The authors of the project, exploring the artist’s biography, as if by expressive brush strokes created a production showing who he was in reality  or perhaps, how millions of fans imagined him.

According to Alexander Belozub the production director, the story of Frank Sinatra’s life is very interesting. Not enough the whole day to describe it, however, the attempt to recreate the most interesting part in the mono performance seemed to be quite successful.

“Together with Dmytro Sharaburin, we investigated the history of writing Sinatra songs, causes of their appearance – personal, tragic, dramatic. These are very deep texts. Now you can hardly find such texts, that’s why we examined them and wanted to show that content to the spectators, to show what the “code of a real man” means. We tell our story through the prism of a modern man who came to the recording studio to sing Frank Sinatra songs”- said Alexander Belozub.

Sinatra had extraordinary charisma, becoming the first true American celebrity. He was a well-known singer at the age of 25, made popular music immortal, and despite his fame as a gambler and lover, he was a generous and sincere person.

The song “New York, New York” by Frank Sinatra became the second national hymn of the city. He performed songs of George Gershwin, Cole Porter, Irving Burling, released around 60 albums, appeared in 46 films. But Frank did not study music, singing by ear, did not take lessons in the performing arts, playing natively. Frank had God’s gift.

He was loved by women and presidents, and was suspected of having connections with Mafia. Contemporary Sinatra biographers make assumptions about the singer’s romance with Marilyn Monroe. Frank Sinatra appeared in films, radio, produced films, had a television show, was the owner of eleven Grammys and two Oscars. He has been talked a lot, and these talks are continuing now, there are striking legends about him and one them you can see in Dmytro Sharaburin’s mono performance.

“I didn’t try to parody or resemble Frank Sinatra. I had other tasks. You know, Sinatra had a very busy and difficult life, so it is interesting to study his biography. In the performance in particular, we talked about relations with Ava Gardner and the work of Sinatra during the period when they were together” – said Dmytro Sharaburin.

By the way, the creative tandem of Dmytro and Alexander Belozub is the result of the second joint work. In April this year, they presented a mono-performance “George Ots” dedicated to the talented opera singer, the idol of millions of the last century.

“This performance is a wonderful addition to our theatrical treasury. It is very nice that Alexander and Dmytro opened such stories of great personalities to our spectators. The Stage_LAB experimental scene explores monologue forms, close-up portraits, immerses and drives the spectator to think, ”said Bogdan Strutynskyi.