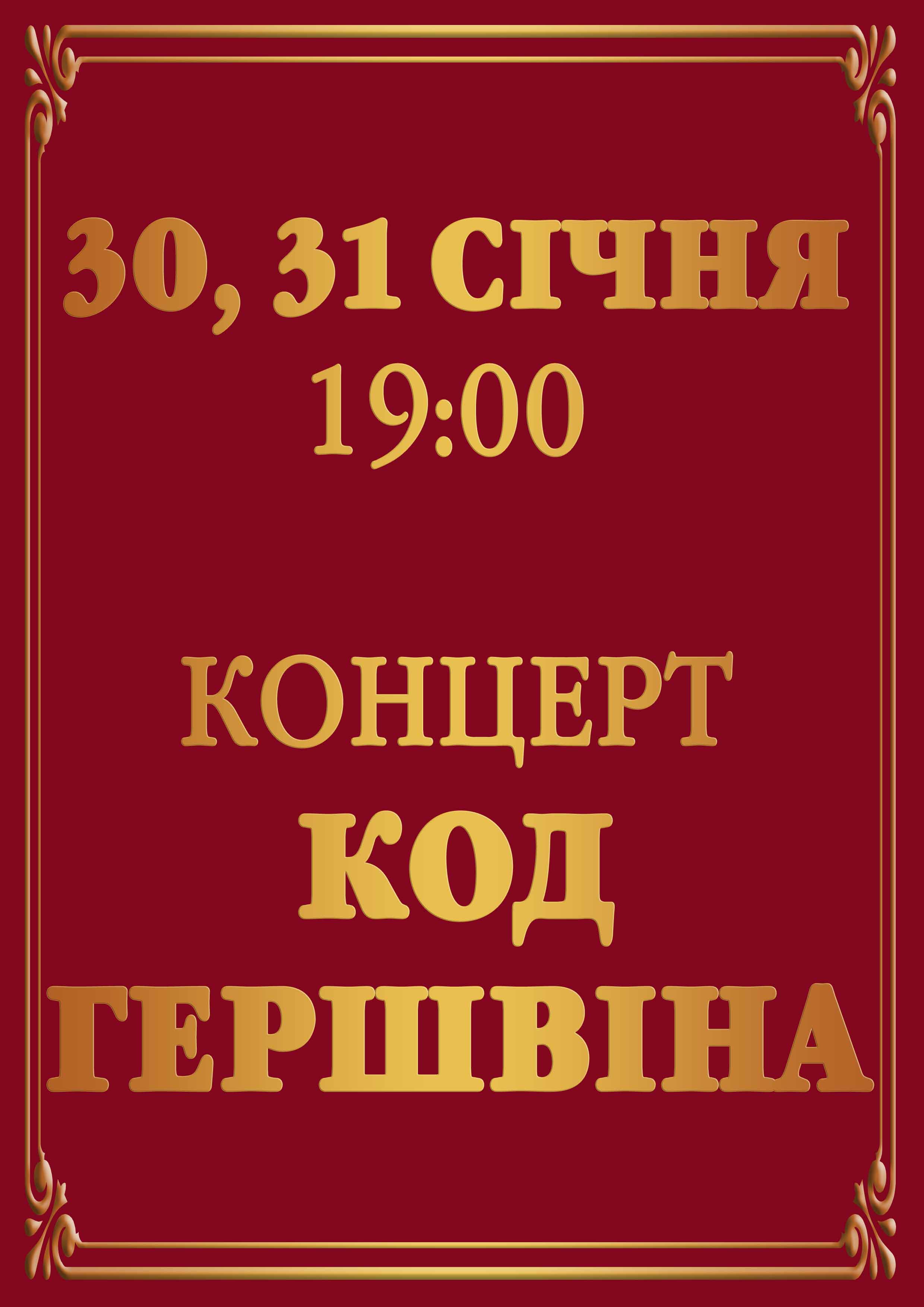 George Gershwin was born in New York to a Jewish family of immigrants from Odessa. The beauty of Ukrainian tunes inspired Maestro to create hits that became worldwide. In 1935, Mr. Gershwin wrote the “Summertime” aria for Porgy and the Bess. He was inspired to create this composition by the Ukrainian lullaby song “Ouch Walks A Dream In The Window”, which Gershwin first heard in New York, performed by the Ukrainian National Choir, led by Alexander Koshitz in 1929. Summertime is very popular nowadays, uniting Ukrainians and Americans with the Gershwin code. This music code unites our nations with the beauty and grandeur of Gershwin’s tunes.

Performing songs such as “Rapsody in Blue” (1924) and “American in Paris”, songs “I Got Rhythm” (1930), opera “Porgy and Bess”, which spawned the hit “Summertime”, Ukrainian musicians feel a musical identity with Great Gershwin.

The Gershwin Code concert will have 2 offices. The first will feature works by Gershwin from musicals and operas. Together with the orchestra and soloists of the National Operetta of Ukraine, Florian Filmeir, a virtuoso pianist from Austria, will take the stage. The second part of the concert is devoted to the compositions of Maestro, which were played in famous films.

American conductor David Charles Abell will arrive in Kyiv on January 19 and begin rehearsals with the orchestra and soloists of the National Operetta of Ukraine. The musicians of the Kiev National Academic Operetta Theater are eagerly awaiting the arrival of the Maestro, who will share his great experience and help develop American-Ukrainian cultural cooperation.

The project will take place as part of a grant from the US Embassy in Ukraine.