Attention! Performances of the big stage are postponed due to the rules of restriction on mass events. 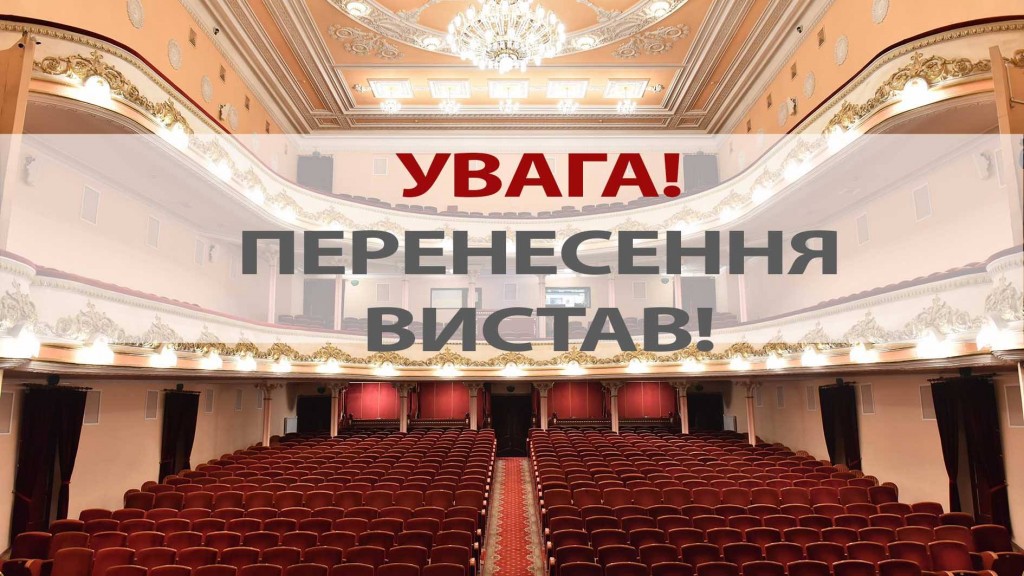 In accordance with the resolution of the Cabinet of Ministers of Ukraine No.211 dated March 11, 2020, and in accordance with the Decision of the Department of Culture of  Kyiv City State Administration on restriction of mass events arranging, the theaters were suspended. In connection with this, the performances of the big stage of the National Operetta of Ukraine were shifted:

Scenes 77 and Stage_Lab will operate according to the March schedule. Concerning the repertoire of  Ivan Kozlovskyi  Art Center please  follow the changes on the site of the Art Center and the public pages of social networks.

Restrictive measures on the territory of Kiev are introduced from March 12, 2020 and according to preliminary information will remain till the end of March.

We would like to remind you that from March 11, 2020 in Ukraine 1 case  of COVID-19 was officially registered.

Diana Popova: “We temporarily stop the work of theaters, cinemas and concert institutions in the capital”

There are no upcoming events at this time.